The Legacy and the Future of the Church in Africa: Part 2 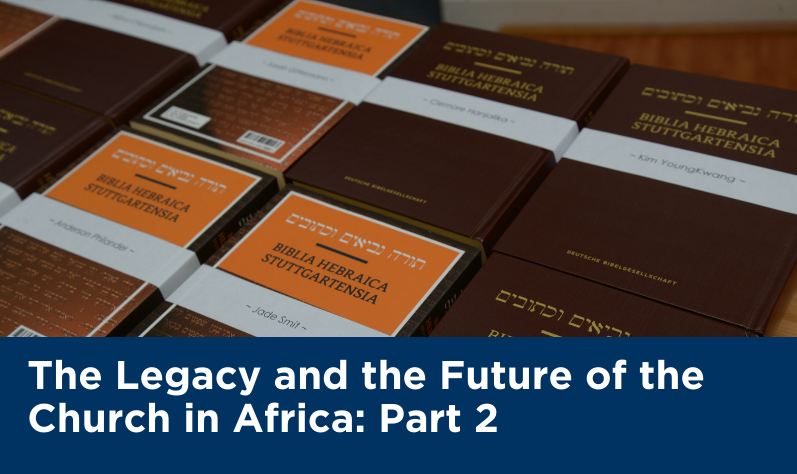 In my previous article, I looked at the criticism common among black millennials within the South African context that calls Christianity a white man’s religion. I tried to answer that common objection by looking at the past, particularly the role that the Ethiopian church played in Martin Luther’s imagination of the church, during the Reformation. Though I have slightly modified the aims for this follow-up article alluded to in the previous one, I will continue to look at the legacy of the African church, especially the role of theological education.

In dealing with the role of theological education in Africa, this article will look at the common objection that has been raised against the mission of GWC. I will deal with this objection similarly to how I did in my previous article. I will be looking into the past in seeking to answer some of the objections against the GWC mission statement:

For the sake of time and what is relevant for us as GWC, I will only list the first three. They are:

At GWC, we are very proud of our theological library. We continue to invest in it hoping that, God- willing, it will be one of the best-resourced theological libraries on the continent. Interestingly, the importance of libraries has its roots on this continent and it has been key in shaping minds for generations. Libraries are foundational for universities.

Writing about how influential the ancient Library of Alexandria was on medieval European universities, Oden says: “The history of the first medieval universities such as Padua (Italy), Paris (France), Salamanca (Spain) and Oxford (England) followed methods of text examination, curricular patterns and philosophical imperatives that were refined in second-century African Christianity as early as Pantaenus and Clement of Alexandria. Christian scholarship was born in the leading academic centre of the ancient world: Alexandria. That vital crucible of learning was itself transformed by Christianity and exported to Rome, the Rhone valley, Byzantium and Antioch.”

One can thus say our emphasis on the importance of our library continues a rich heritage that has its seedbed in Africa.

The second contribution of Africa to global Christianity according to Oden is in the area of exegesis.

GWC is very passionate about exegesis and this comes through in our emphasis on the need for students to study the original biblical languages. Most scholars, when they think of African exegesis, tend to think of the allegorical interpretation of the Alexandrian exegetes, most notably St Augustine. Some people might know that GWC, in its hermeneutical framework and use of the socio-historical grammatical approach to exegesis, follows more along the line of the ancient Antiochene school of exegesis.

According to Chris Len de Wet, “the Antiochene exegetical school is renowned for its emphasis on the importance of history in the exegetical process in response to the allegorical excesses of the Alexandrian exegetical school.” So he continues, “the Antiochene exegetes had a specific two- fold scriptural hermeneutic, namely that scripture is inspired by the Holy Spirit, but the role of humans is acknowledged.” This means as I was taught in my very first year at GWC, “that the study of the language and rhetoric of the text is important as well as the history behind the text because the Holy Spirit is revealed in history.” Anyone familiar with the GWC handbook on exegesis would be aware that these are the things that the college is passionate about.

But one might wonder, what has Antiochene exegesis got to do with Africa? After all, wasn’t the Antiochene exegesis simply a response to the more spiritual excesses of the Alexandrians? This is where the insight of Oden’s work comes in. He writes that “virtually all Christian exegesis following Origen and Didymus the Blind actively borrowed from their studies in large portions, even while at times resisting or opposing certain aspects of the checkered tradition later called ‘Origenism.'” He further notes: “it is no exaggeration to say that the greatest fourth-century Christian exegetes of East and West (Gregory Nazianzus, Gregory of Nyssa, Ambrose, Jerome and Augustine) were all profoundly influenced by the writings of Origen. Even when Origen’s detractors rejected his excesses, they continued to depend on his philological, linguistic and historical studies.” Thus what we do at GWC, while clearly following the Antiochene exegesis, nonetheless has its roots on this continent through the influence of Origen. Thus, it would be wise for the next generation not to forget the rich heritage that we are part of.

The third contribution, according to Oden, that Africa made to global Christianity is how this continent was the source of early Christian dogma. Oden points out how the African early church fathers such as Tertullian, Cyprian, Athanasius, Augustine, and Cyril shaped the dogmatic formulations of the orthodoxy in both the East and the West. Most of us as Reformed evangelicals subscribe to the Nicene creed, but some of us are unaware of the crucial role the early African church fathers like Athanasius played in its formulation.

So, is Christianity a white man’s religion? Is GWC’s mission of shaping “minds via a classical theological education” foreign to this continent? My answer to both questions is a resounding: No. Africa has long been part of the Christian story, from the story of Joseph to the exodus. Our DNA is present, from the Lord Jesus finding safety in Egypt as a baby to Simon of Cyrene, who helped Jesus to carry his cross. We were there. From the Ethiopian eunuch, who was the first gentile to accept Jesus, to early church fathers who were part of formulating the early Christian dogmas, this continent has been part of the Christian story and continues to be part of its future.

All I am saying is that when we think of the universal church, let us not forget that Africa has been a part of it for a long time.

The GWC Ark Endowment fund is held offshore and is set up for the long-term sustainability of GWC. At present, 80% of our annual operational budget flows in from donated income, and we aim to halve this with the help of the interest from the Endowment. The future growth and expansion of the College necessitates this new development. Please pray with us as we raise significant support for the GWC Ark Endowment.


To learn more about the Ark Endowment Fund, please click on this link