The Legacy and the future of the church in Africa 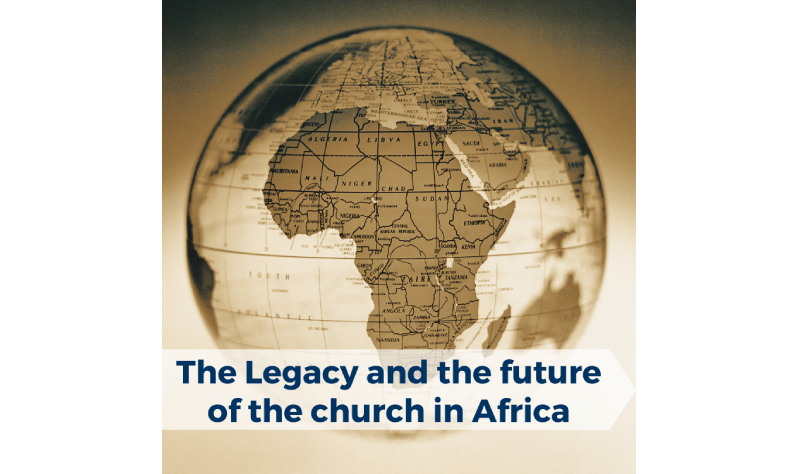 In recent years, I have seen and heard a constant criticism of Christianity by young black millennials within the South African context as being a white man’s religion. While one may not fully understand the motive behind this statement, on the surface it appears to be informed by two factors that unfortunately lack historical accuracy. The first being that Christianity only arrived in Africa in the 1600s, and the second that Africa has not had any contribution in shaping the Christian faith, and thus the Christian faith is foreign to this beautiful land. These misperceptions seem to be partly rooted in how scholarship predominantly views the African church. The church in Africa is generally presented as being passive in the development of the Christian faith, something which is far from historical truth. Some of the leading early church fathers were from this beautiful continent of Africa. Church fathers such as Tertullian, Minucius Felix, Cyprian, Lactantius, Optatus of Milevi, and Augustine, to name just a few.

In my first year of studies here at GWC, I remember being surprised and shocked when Dr John Newby in my church history class taught us that the term “Trinity” was coined by an African church father, Tertullian of Carthage. These early church fathers made an invaluable contribution and indelible mark in the shaping of the Christian faith. However, the contribution of the African church to the doctrinal development of the faith did not end with the passing of these early church fathers, as some might like us to believe. Just last week, I was reading two articles by Dr David Daniels, titled “Ethiopian Christianity: Reclaiming Africa’s Role in Reformation History” and “Martin Luther and Ethiopian Christianity: Historical Traces”. In these two articles, Daniels debunks the false perception that many of us have concerning the reformation. Many of us, when we consider the reformation, only think of it as a European event in which Africa played no part whatsoever. In reading these articles, I was intrigued to read that one of the leading figures of the reformation, Martin Luther, mentioned the African / Ethiopian church more than 85 times in his writings and sermons. Many of his references to this church were mostly in a positive light, something that seems to be a rare commodity these days. It is worth noting that people, during Luther’s time, used the term Ethiopian or Cush to refer to black African people.

“It should be known, however, that most of the time when mention is made of the nations that are to be converted to Christ [in the Bible], the Ethiopians are singled out for mention” [LW 10:349] (to support this claim Luther cites Psalm 87:4).

Luther found in Africans or Ethiopians a good symbolism of what it means to be the church. It is worth quoting him extensively at this point. He wrote:

“But the church is symbolized and called by the name ‘Ethiopia,’ as is sufficiently clear because of the blackness of sin and because the church confesses itself to be black. The Jews, however, are called Lebanon, because they regard themselves as white and holy, while the church says: ‘I am black but beautiful (sic)’ (Song of Sol. 1:5), that is, because I acknowledge myself to be black, I am beautiful …” [LW 10:350].

Luther’s fascination with the Ethiopian church seems to have been rooted in the fact that the African church was far removed from the control of the “Roman Catholic Church and papacy” and he saw it as being free from the corruption that was taking place in the Roman Catholic Church under the control of the Pope (Daniels, 2018:22). The Ethiopian church had ecclesial practices that later marked the reformation movement, such as having scriptures in the language understood by the common people and the married clergy (Daniels, 2018:22).

While all of this is in itself fascinating, in reading David Daniels’ articles the part that blew my socks off was Luther’s interaction with Deacon Michael of the Ethiopian church. Posfay (cited by both Hardt, 1999:2-27 and Daniels, 2018:22-23) observed that Luther and his close companions were very keen on meeting Deacon Michael for a number of reasons. They were interested in finding out the doctrinal beliefs of the Ethiopian church. Through this encounter, Luther discovered that the Ethiopian church’s understanding of the Lord’s supper was more in line with the Eastern church tradition, and there was “similarity between the outward forms of the Lutheran and Ethiopian Eucharistic liturgy” (Hardt 1999:27). In one of Luther’s letters dated 4 July 1534, one reads about Luther’s approval of the Ethiopian church when he writes; “For this reason, we ask that good people would demonstrate Christian love also to this [Ethiopian] visitor “. For some of us, this might seem insignificant, but it is worth noting as both Daniels and Hardt have observed that Luther extended the right hand of fellowship to Deacon Michael while he could not do the same with one of his fellow European reformers, Ulrich Zwingli, with whom he had a vehement disagreement concerning the Lord’s supper. Luther writes that after his 95 theses were interpreted for Deacon Michael, the Deacon “accepted them in full” (Hardt, 1999:27) and exclaimed: “This is a good creed, that is, faith” (Daniels, 2018: 23; see also Martin Luther, Table-Talk, November 17, 1538 [WA, TR 4:152-153, no. 4126]), thus showing that there was some sort of theological alignment between Luther and the Ethiopian church.

This is the legacy of the African church, a rich legacy that deserves to be celebrated and made known to the generations to come, so that the false perception of Christianity as a white man’s religion can be laid to rest. In part two of this paper, I will explore the current role of the African Church and the significance that theological education plays and could play in strengthening the church in Africa.

By supporting GWC you help us preserve Africa’s legacy of Gospel teaching that shapes a global church https://www.gwc.ac.za/make-a-donation/student-bursaries/