The God of the Bible 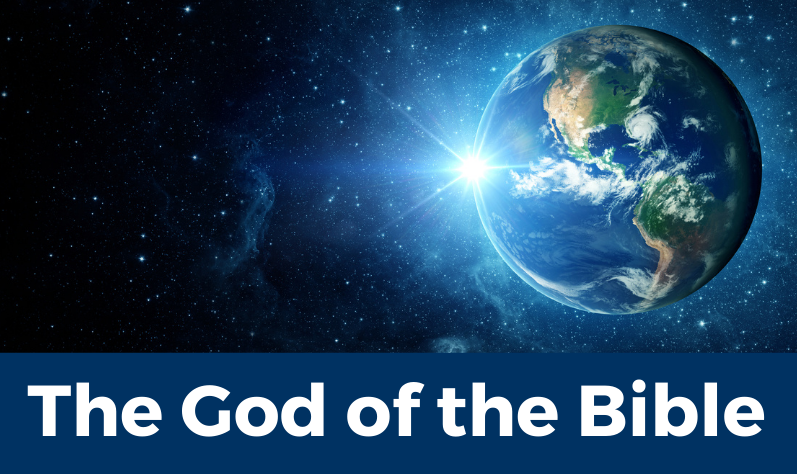 A lot of news today is fake news. So, if you see a news report online or on a news channel, you always have to ask yourself: Is it real, is it made up, is it true?
A lot of what we think is true about the world we live in is not based on our personal experience. A great deal of our knowledge is not something we ourselves picked up first hand. Instead, the bulk of it has come to us from what our parents told us, or from our friends, or from our teachers at school or university, or from social media and from Netflix series, or from computer gaming. On a whole range of different topics, all of us believe certain things to be true, even though we didn’t observe these first hand or read up on them ourselves.

But we all know people do make up stories. We know that fake news exists. We also know only too well that there are different ways of telling history. James Cameron, who 25 years ago made the film

Titanic with Leonardo DiCaprio and Kate Winslet, modified the actual history behind the sinking of that famous ship. All of us know, I’m sure, about this ship that people said could never be sunk, not even by God, and which, on its maiden voyage, struck an iceberg and then sank below the icy waters of the North Atlantic in 1912 with a loss of 1500 lives. In the film, Cameron shows the third-class passengers being locked below deck, which historically never happened. Cameron also distorted the behaviour of first- class passengers in his film, because modern film audiences, he said, would never accept depictions of the sacrificial behaviour that really occurred.

The sobering fact is that when real history is in conflict with the narrative that storytellers want to tell, then it is history that gets changed or given spin. This means that there is always a surprise in store for those who want to dig up the original sources.

Now, suppose for a moment that what you believe about God suffers from much the same kind of problem. Some things we believe about Him would be challenged if we checked them out for ourselves. Some of what we know about God is what we have picked up along the way. People, therefore, are quite surprised to hear what the Bible says about God.

24-29 “The God who made the world and everything in it, is the Lord of heaven and earth, and he doesn’t live in temples or custom-made shrines nor does he need the human race to run errands for him, as if he couldn’t take care of himself. He makes the creatures; the creatures don’t make him. Starting from scratch, he made the entire human race and made the earth hospitable, with plenty of time and space for living, in order that we could seek after God, and not just grope around in the dark but actually find him. He doesn’t play hide-and-seek with us. He’s not remote; he’s near. We live and move in him, can’t get away from him. One of the poets said it well: ‘We’re the God-created.’ Well… if we are the God-created, it doesn’t make a lot of sense to think we could hire a sculptor to fashion a god out of gold or silver, or chisel a statue out of stone for us…now does it?

30 In the past God overlooked such ignorance, but now he commands all people everywhere to repent.

31 For he has set a day when he will judge the world with justice by the man he has appointed. He has given proof of this to everyone by raising him from the dead.”

Let’s notice some of God’s qualities from this piece.

The Bible says that God created the world for us to live in, which means it is wrong-headed of us to think about making a house for Him to live in! I remember Dick Lucas drawing my attention to this many years ago. We are naturally wrong-headed when it comes to thinking about God. Human beings, as a reflex, think it must be the other way around. We think that what we need to do is build a place for God to live. By nature, we think God needs temples and needs human worship. But the Bible says that God is not really into church buildings and religion. Does that surprise you?

We also read here that the God of the Bible is the giver of good gifts. He is the kind of God who provided all the good things we have around us and that we enjoy. But by nature we get this back to front as well. And so, we think that God needs us to give Him things.

We even think that God needs us to tell Him how life should be…the Bible, however, says it’s the other way around. The God of the Bible doesn’t depend on human beings for anything. It is actually us who depend on Him more than we can ever know.

As we head into the Christmas season and advent, it is good for us to remember that the God of the Bible is like that.