In Memory of John Newby 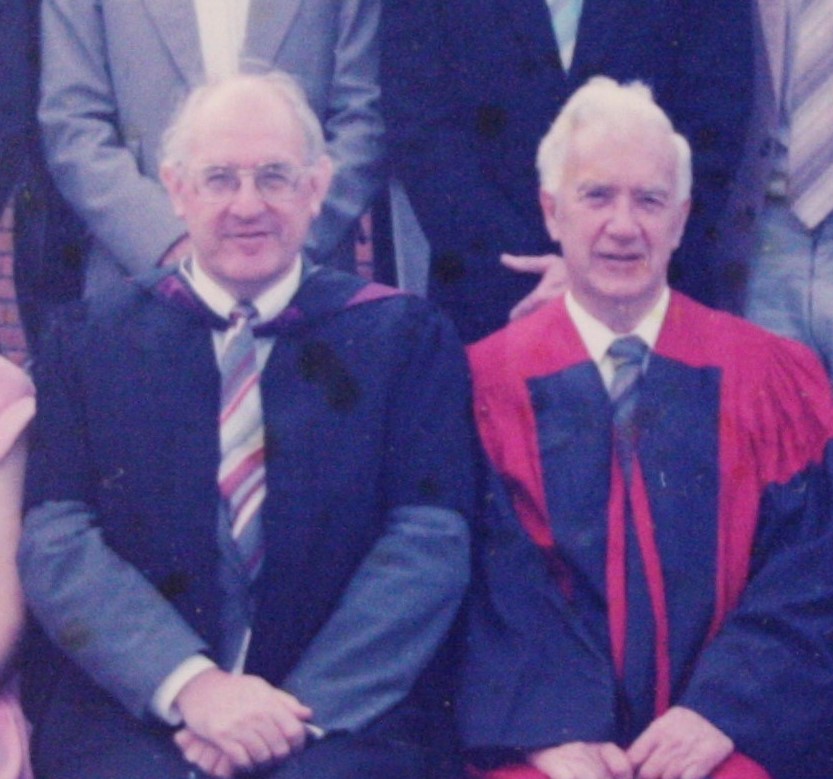 In the providence of God, as I look back over John Newby’s (‘Doc’ to his students who loved and him) incredibly important and meaningful life, I am reminded of a brief conversation I had with him as a student, some 25 years ago, wherein I suggested God had not called him to be a bishop because He had bigger ideas: The singular call to influence generations of future Bible teachers and bishops!

Moreover, as I look back on my first meeting with John when I joined the Bible Institute student body as a first year student in 1987, I am also reminded of the Apostle Paul’s insight in Acts 17:26 – to the effect that God has allotted both the precise times and places when and where we live in history. Thus no meetings, no relationships are coincidental. Certainly in my case, some 30 years later as I write this, I can testify to John’s profound impact on my own training for ministry and spiritual growth, as much as I can to his influence in the lives of others.

He was a man of many facets.

Firstly – and even all these years later – I can remember his incredible gifts: his vivid lectures, his teaching and dynamic preaching. As an example, I recall his ground-breaking sermon on Psalm 90, delivered to the REACH SA leadership around 25 years ago on Psalm 90, in which he urged us to ‘number’ the days of our lives with soberness and Godly wisdom and prayer. Certainly he practiced what he preached. He was capable of lecturing on a broad range of subjects, whether ethics, church history, philosophy or Biblical studies. Incredibly, on one occasion he assisted my class in recalling the first three chapters of Romans by citing them by memory.

Then (how can we forget?) there was his incredible skill (and love for) alliteration and the ‘three point sermon’ or lecture! Employing alliteration at every point, his class notes were immaculate; as his students we were constantly amazed at his ability to locate and connect similar sounding words both in sermon and lecture. And I still remember the detailed feedback he gave me when he returned my marked work.

Furthermore, there was his irreplaceable and unique ‘dry’ sense of humour and his quick wittedness. Sometimes he would deliberately inject a moment of levity or include a subtle joke in his lectures in order to gauge whether or not we were ‘awake.’ Normally, those mischievous eyes, twinkling behind his glasses gave the game away! A year ago when I ran into him I asked how he was doing. ‘Old!’ he replied. His humour was undiminished with age and despite his adversities.

Then there were his clandestine forays (without Megan’s knowledge) between classes at the Bible Institute, to the local Fish Hoek Spur restaurant for cheese cake (John’s favourite). Megan had very specific rules regarding the imposition of certain limitations on John indulging his sweet tooth, so these trips had to be made secretly. On more than one occasion I would drive him through to the Spur in my shining red beach buggy. Surreptitious indeed!

He and Megan loved their students, regularly meeting with them in their home. John cared about their welfare: I know for a fact that on more than one occasion, he would quietly support students who had fallen on hard financial times, out of his own pocket. He also kept in touch with students who had graduated from college and had entered the ministry; maintaining many deep relationships with them for years to come.

But of most importance, was his simple but profound love for Jesus, the Gospel and the Bible. Students were often witnesses to the tears in John’s eyes when he preached and spoke about the Lord’s love and the Gospel’s power.

As we seek to honour and uphold his legacy, and as we prepare to also stand before the Lord ourselves, may those deep words from Psalm 90 continue to motivate and drive our lives:

He will be remembered.

In Memory of John Newby